Team: Eduardo Sebastian Paz, Rachael Legge & Vianey Garcia.
Role: UX/UI Designer, Graphic Designer, Design Researcher, Project Manager.
Memo is a smart TV task reminder system that helps people with dementia maintain independence. Many seniors over 65 spend almost a fourth of their day in front of the TV. TV use is common for those with dementia. With Memo, caregivers can set reminders on the app, which allows them to set routines for their loved ones with dementia and monitor from a distance. Reminders are displayed on the tv screen until they are marked complete or are postponed for later. Caregivers are notified on the Memo smartphone app when an action is taken. Memo allows caregivers to set activities that offer mental, physical, and social stimulation that slows cognitive deterioration.​​​​​​​ 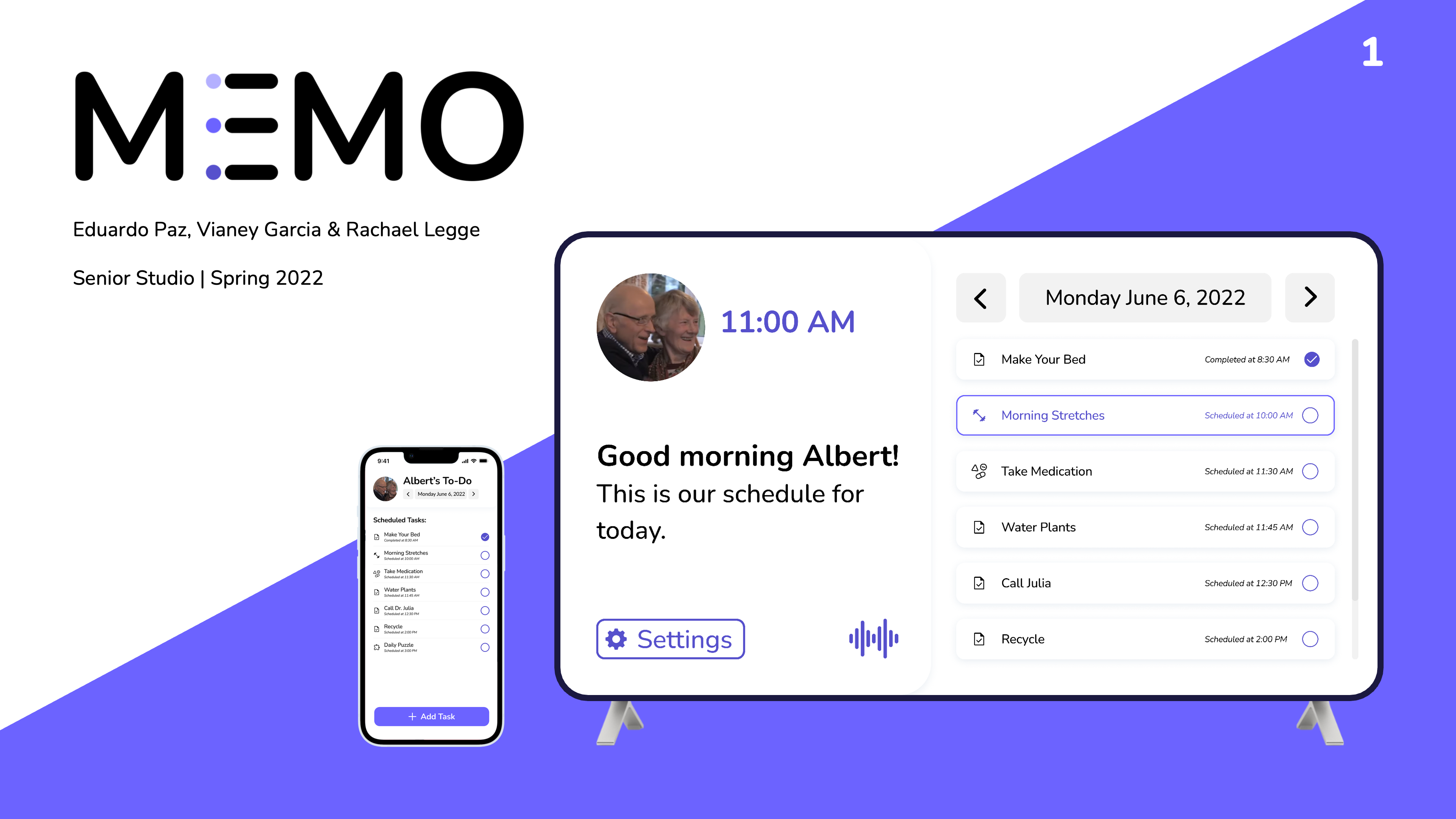 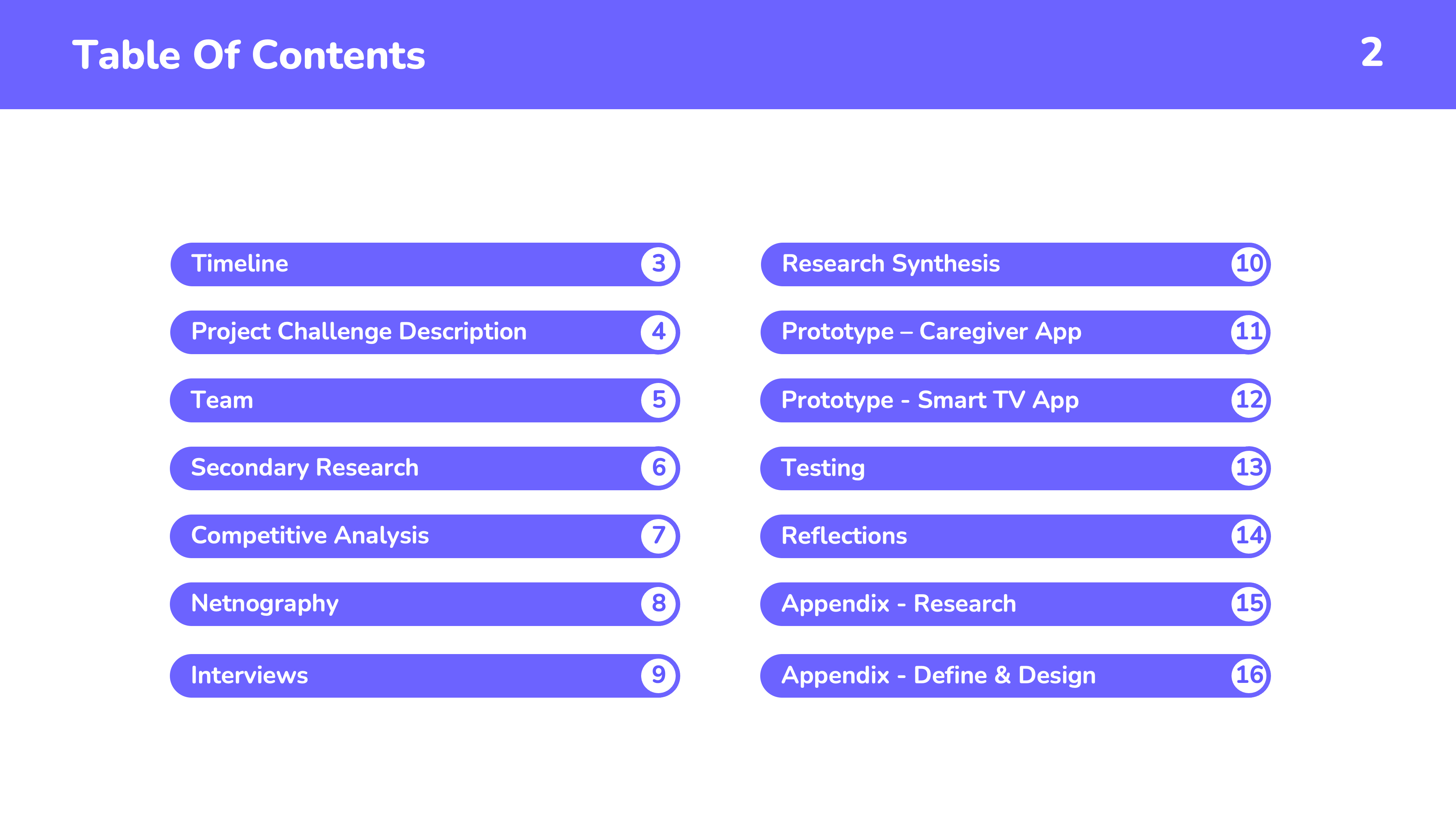 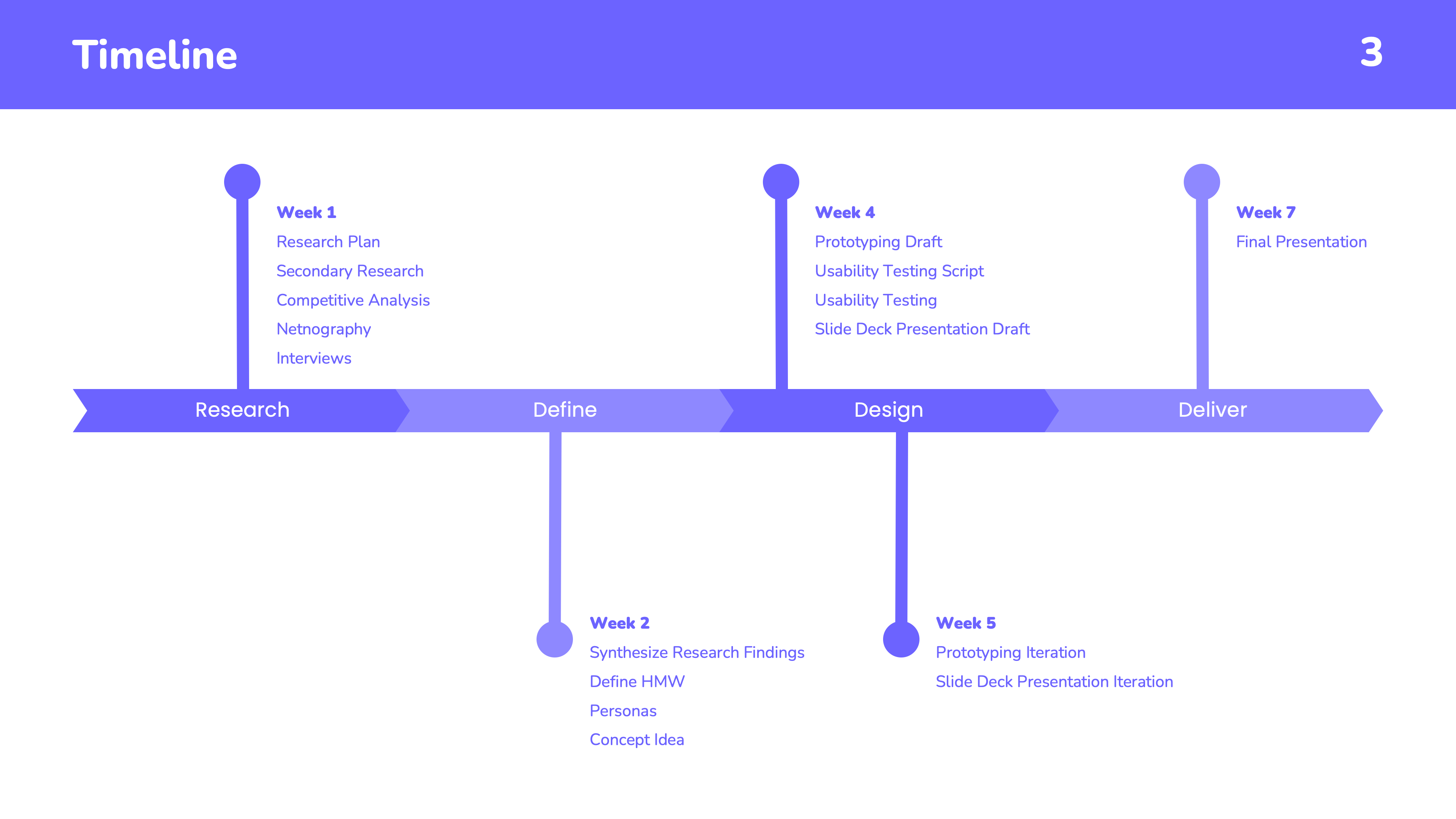 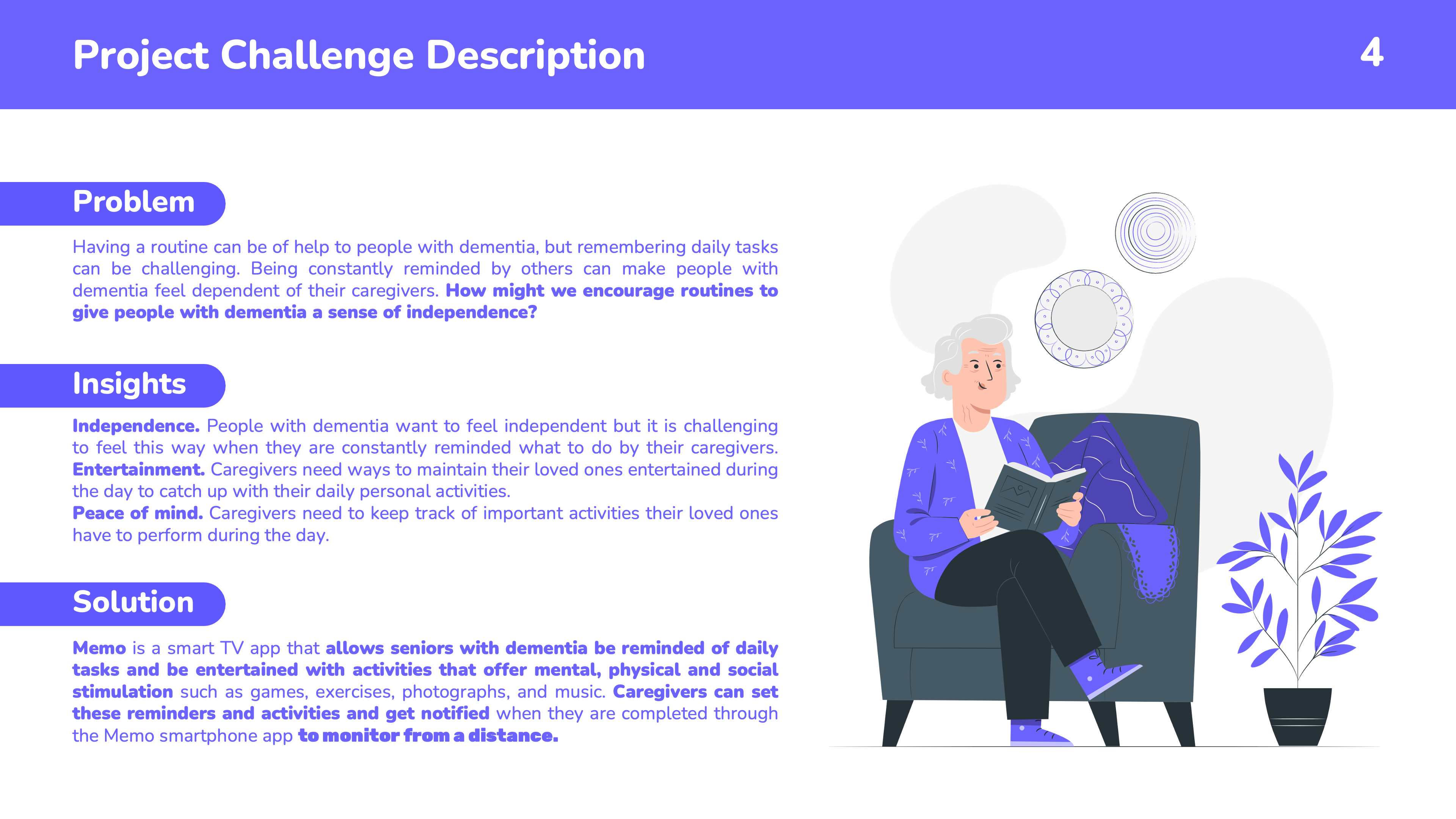 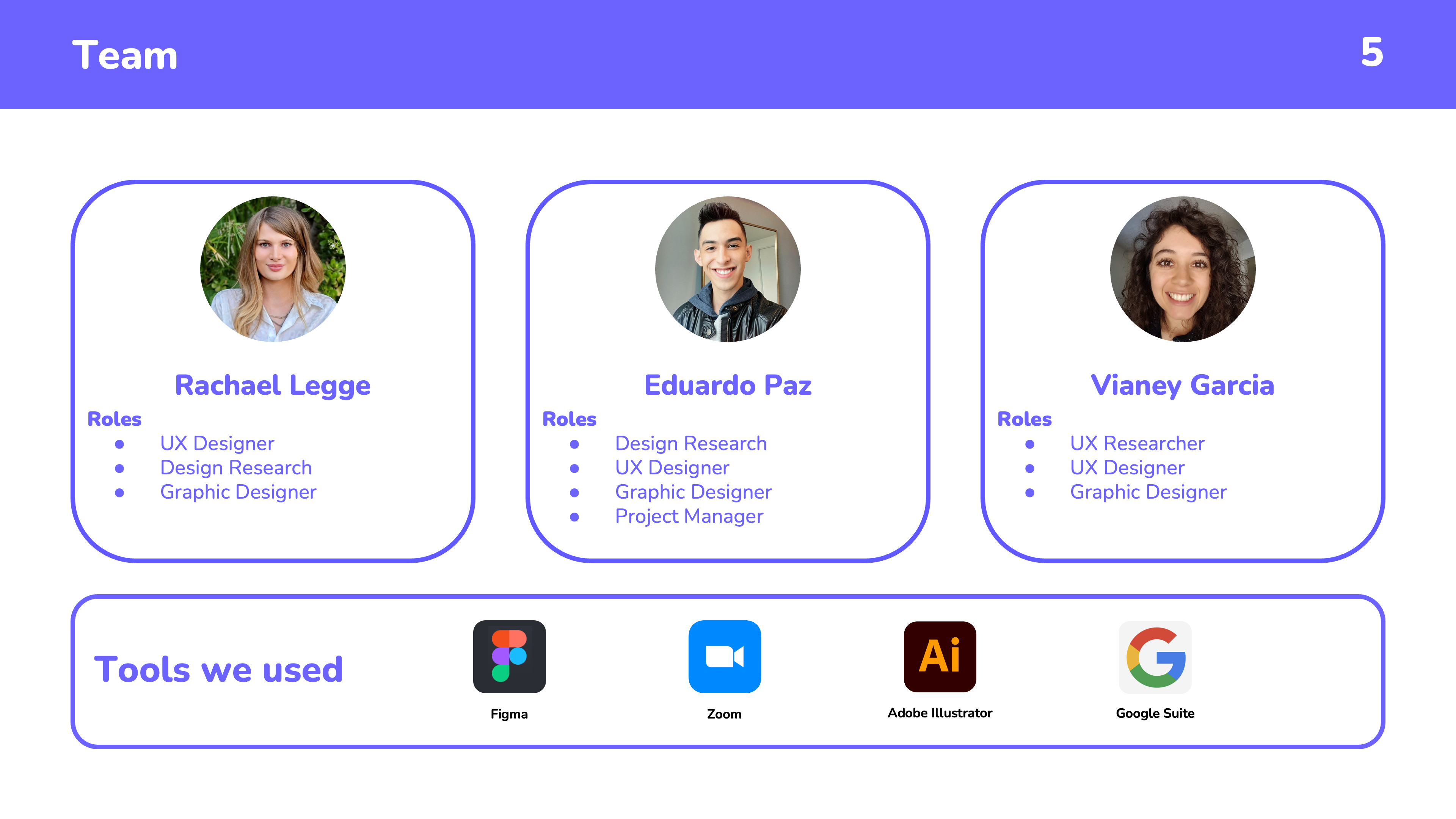 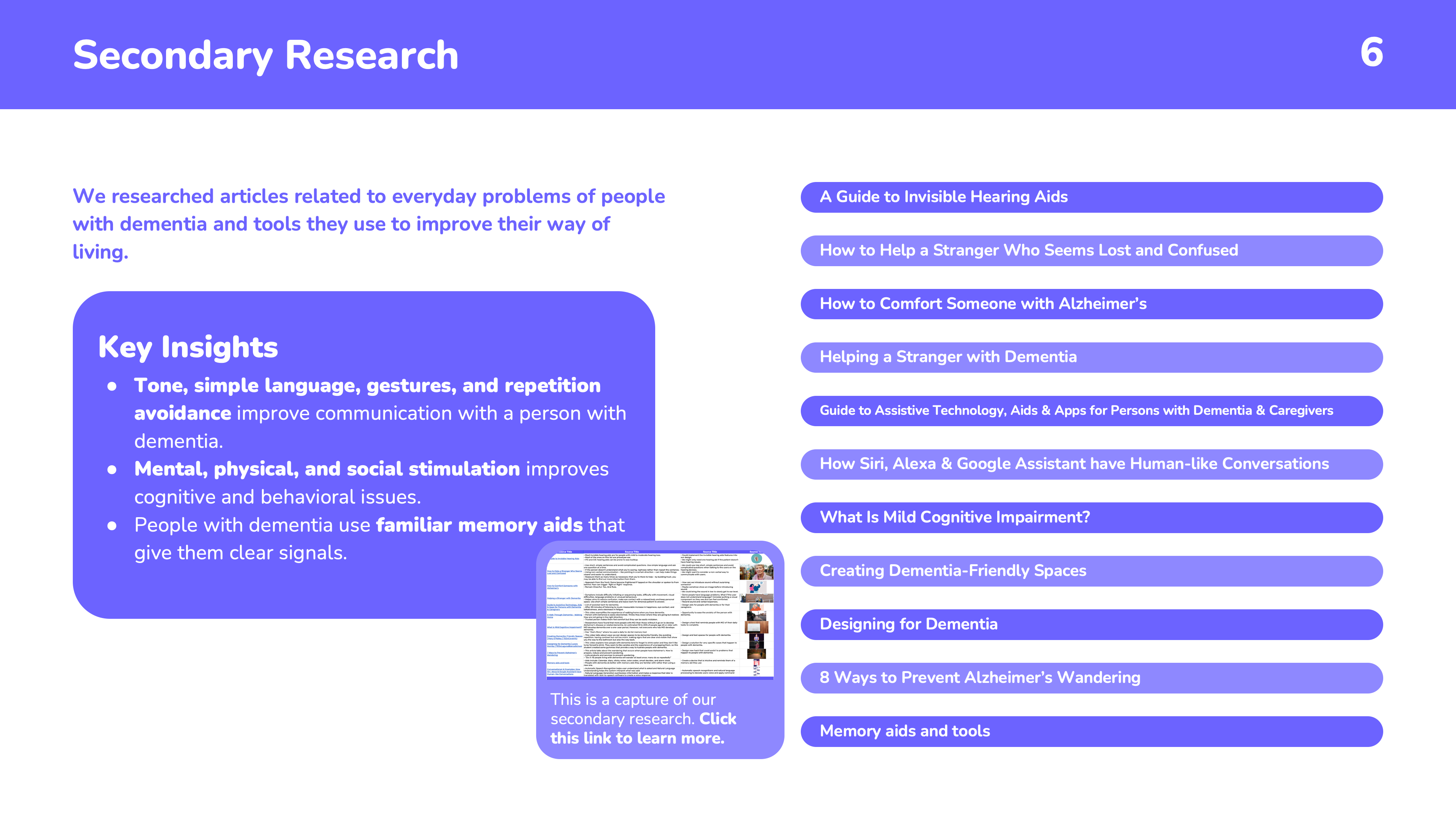 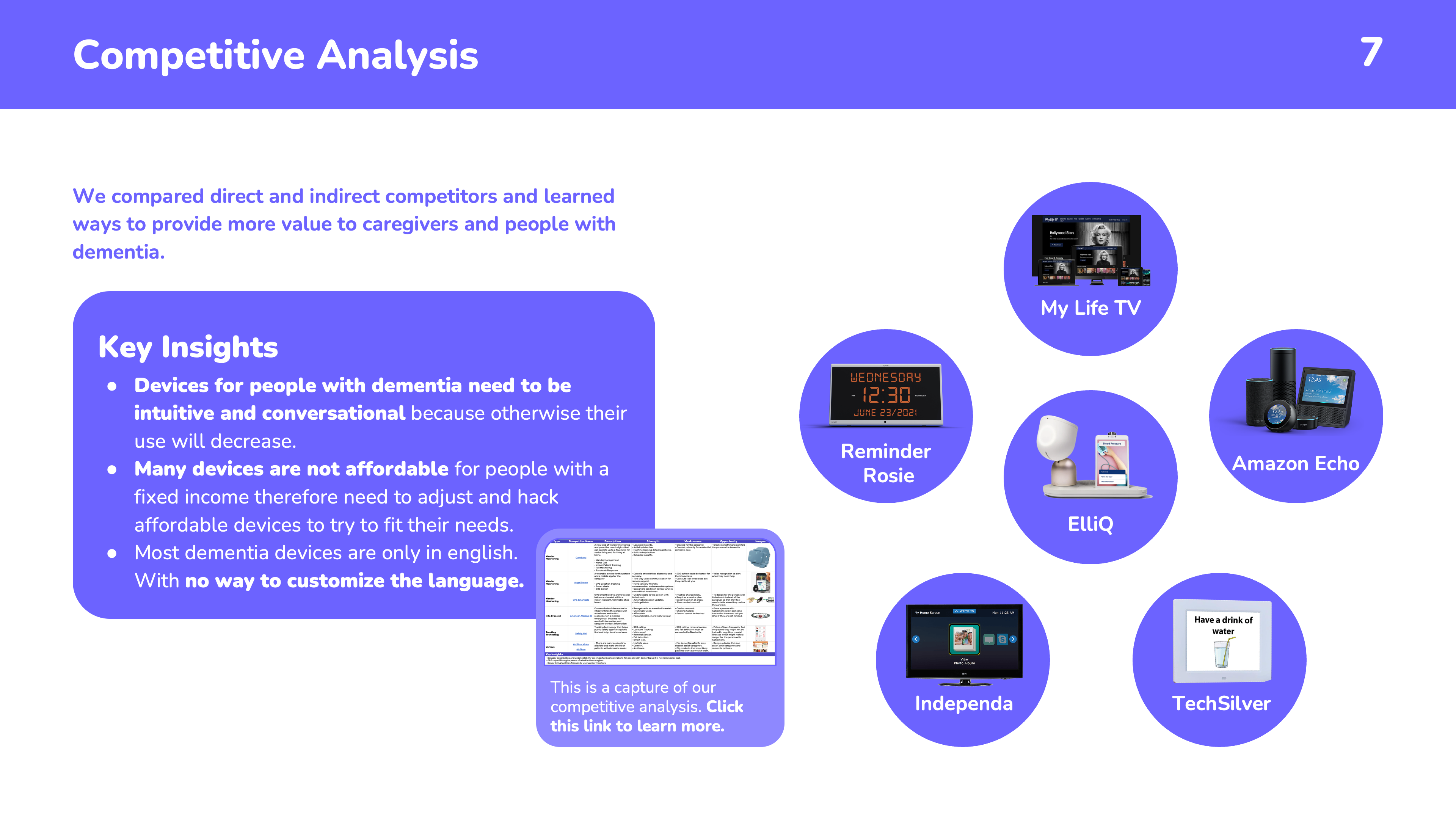 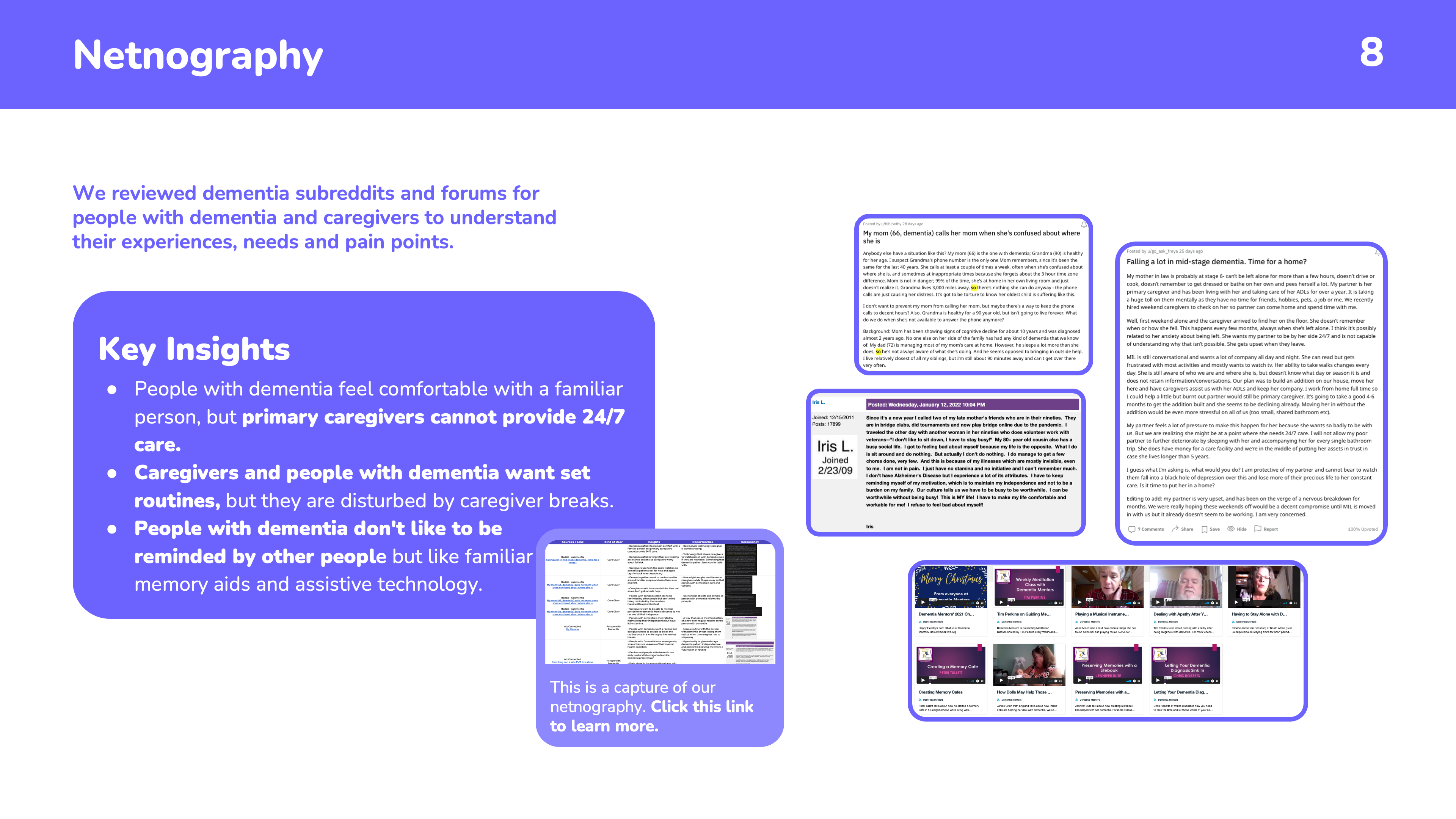 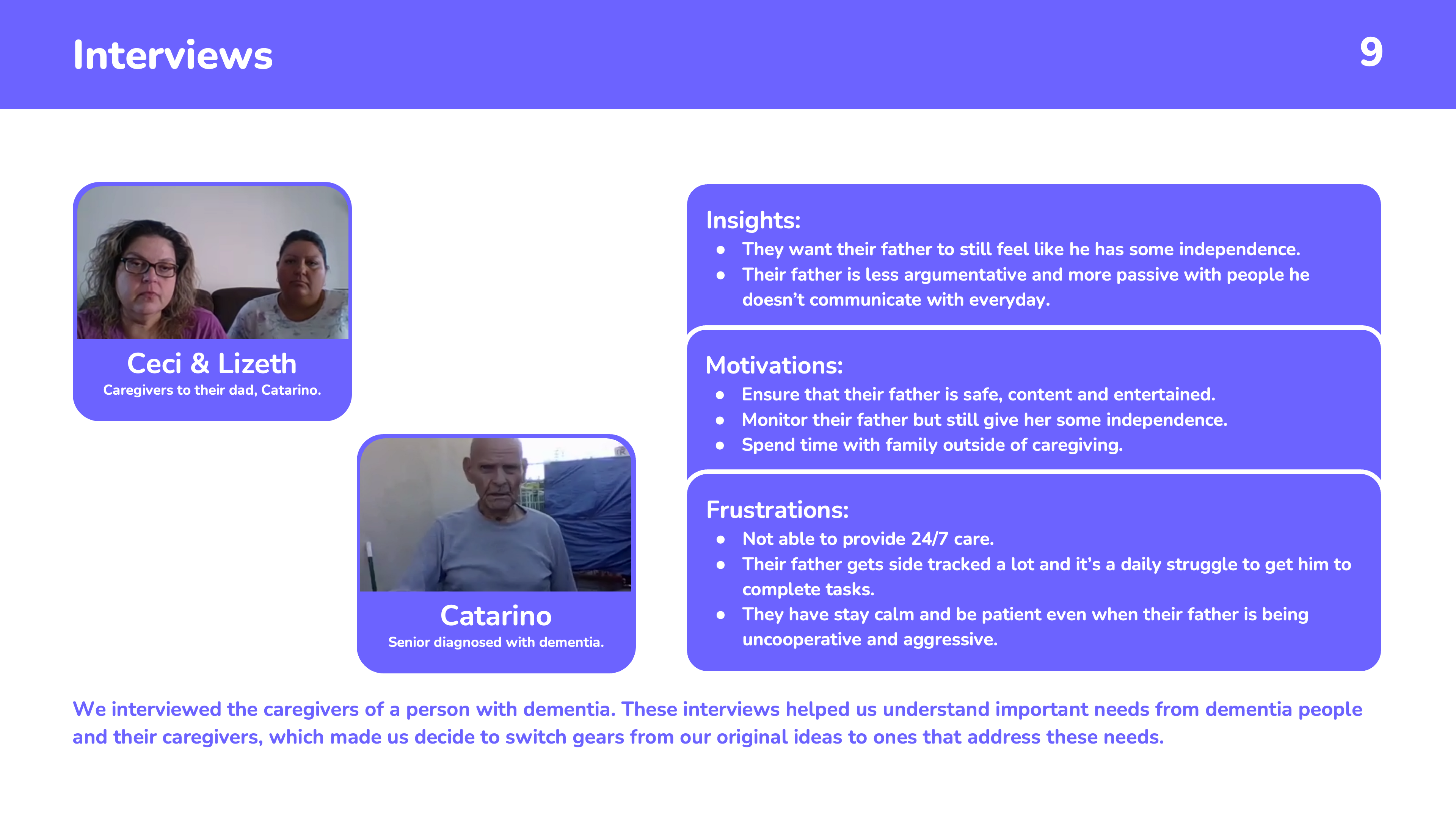 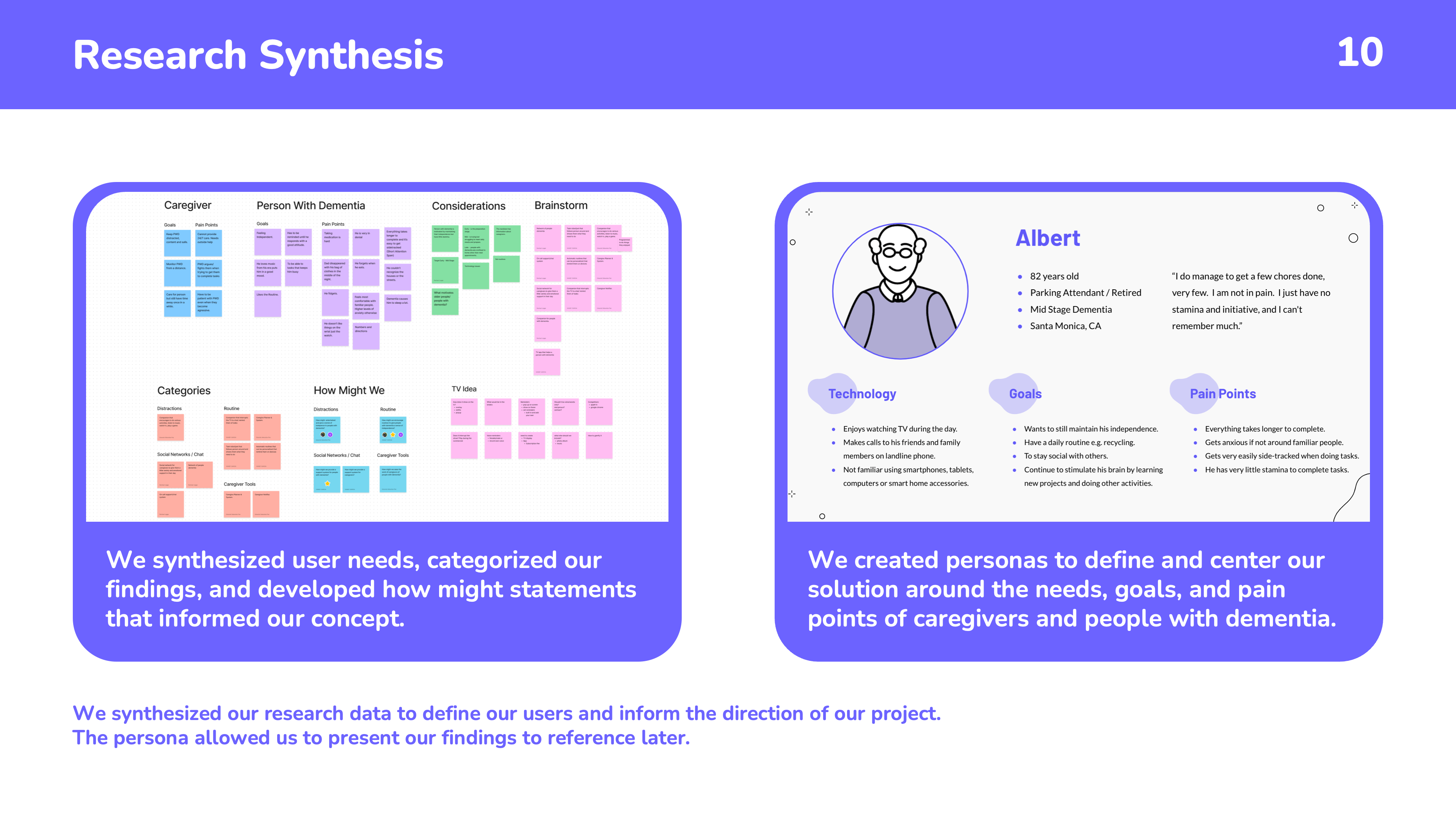 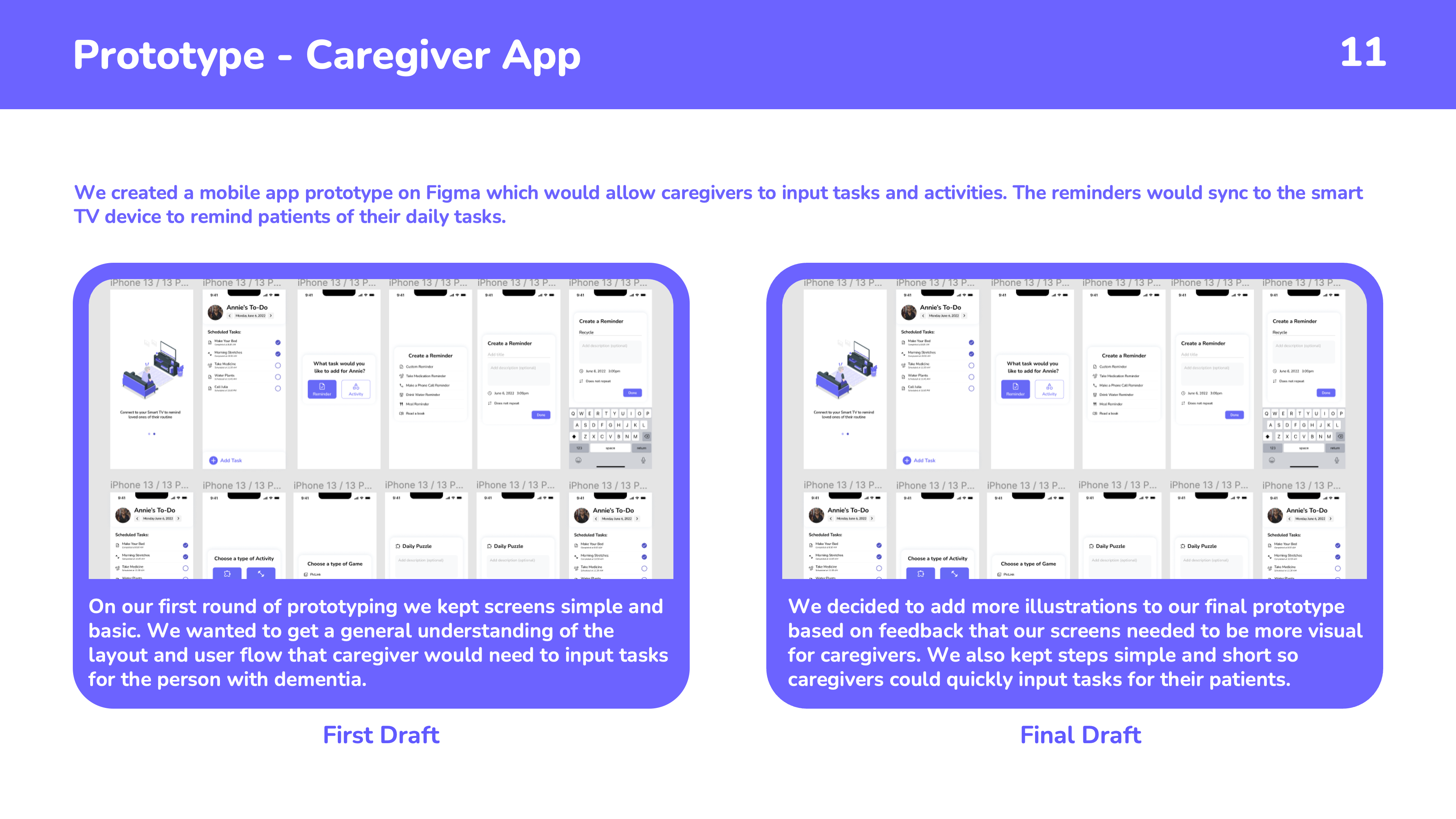 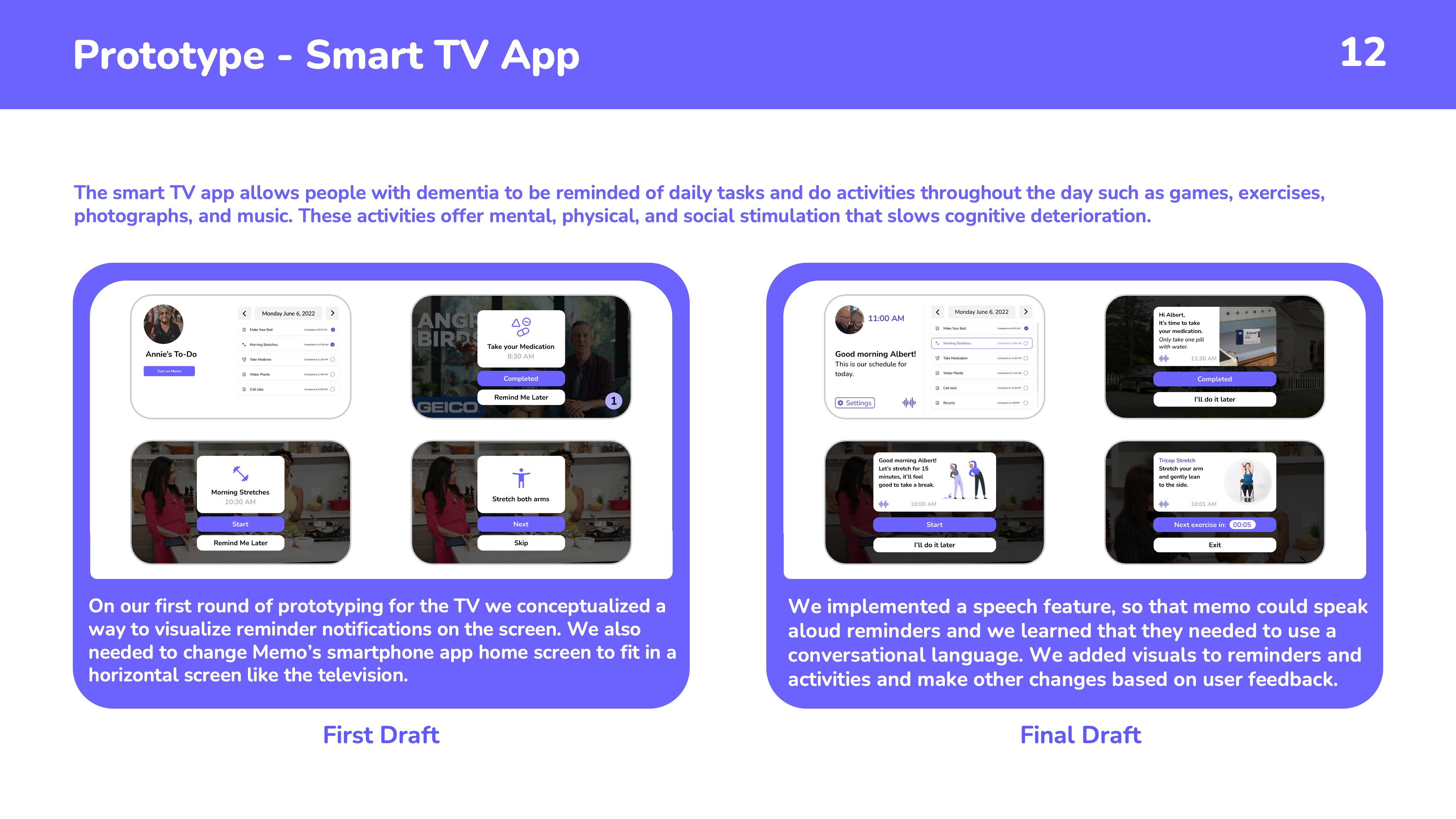 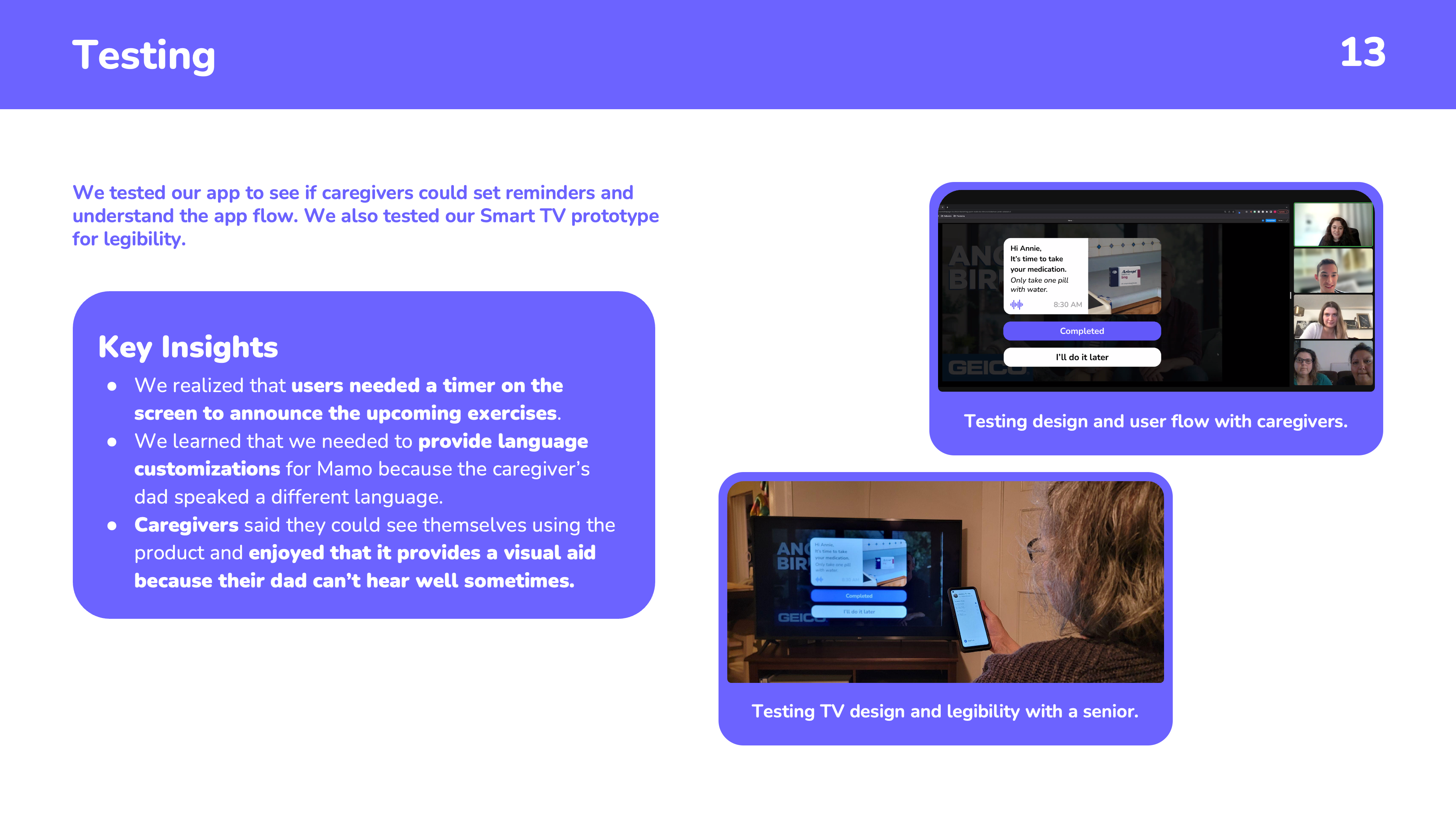 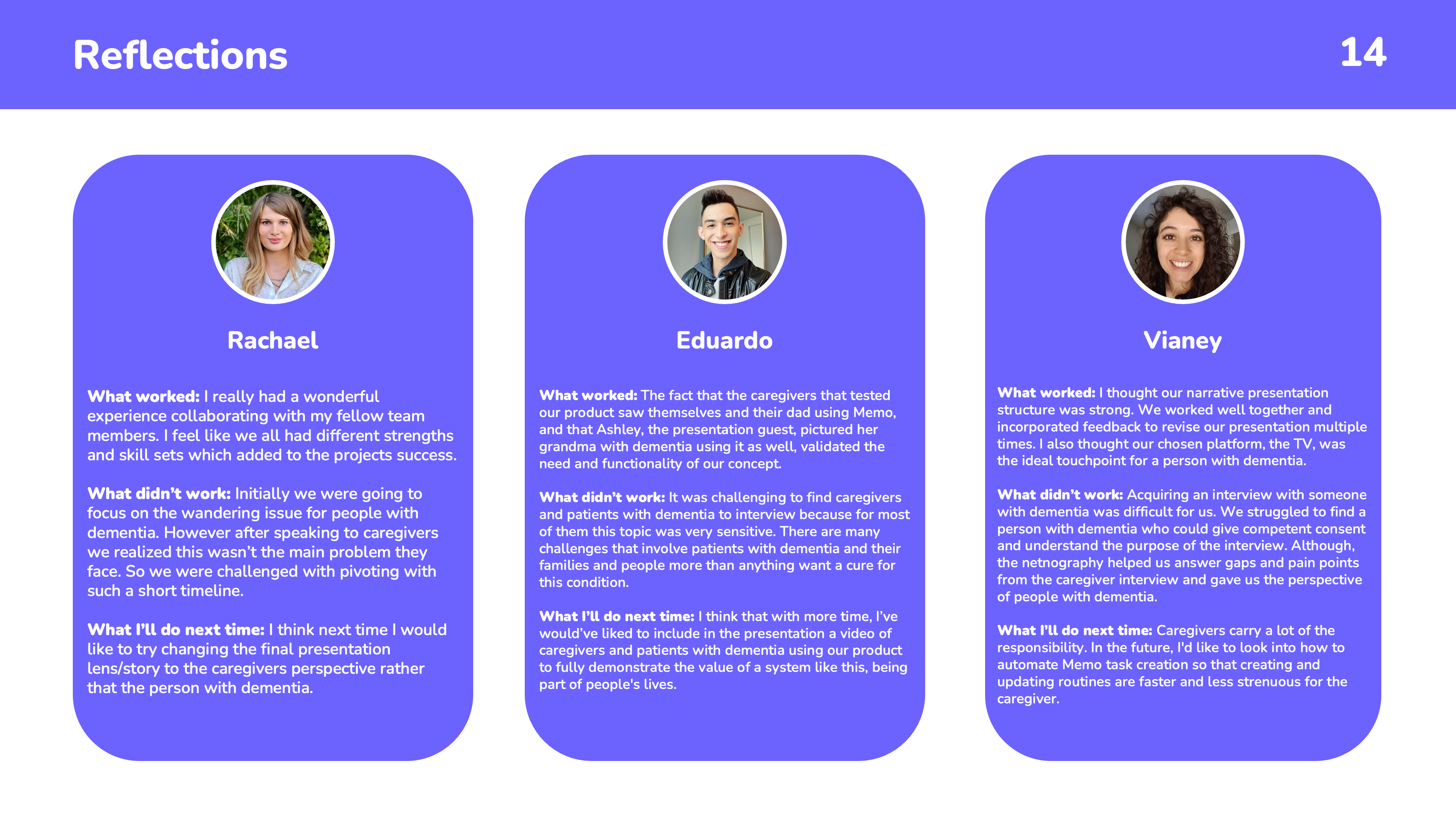 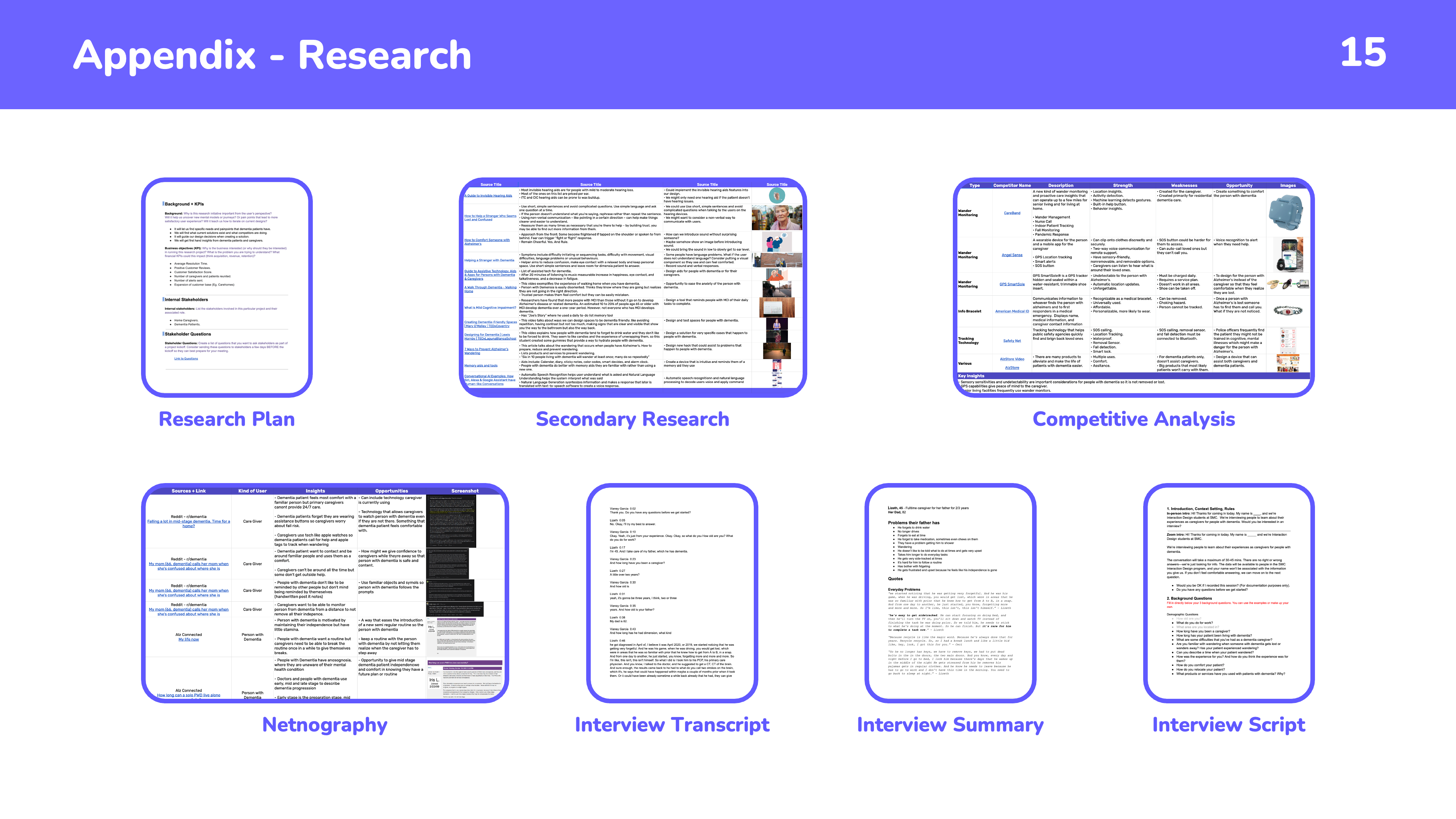 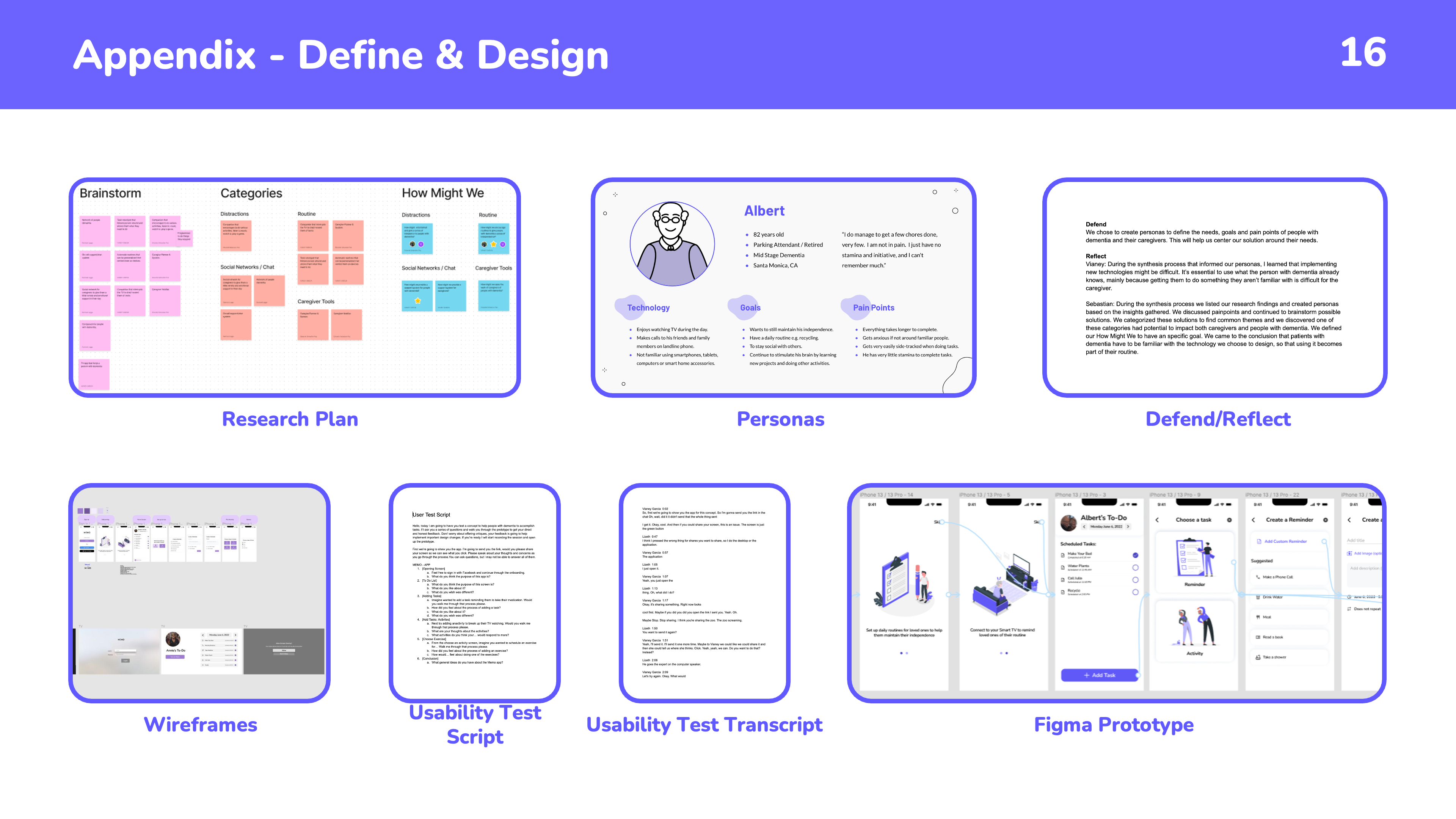